When speaking with guests or fellow staff members about what’s happening in the kitchen, it’s important to use the correct verbs. This is especially important when describing a dish to a guest, as the verb (cooking method) can really have an effect on how appetizing the dish sounds. 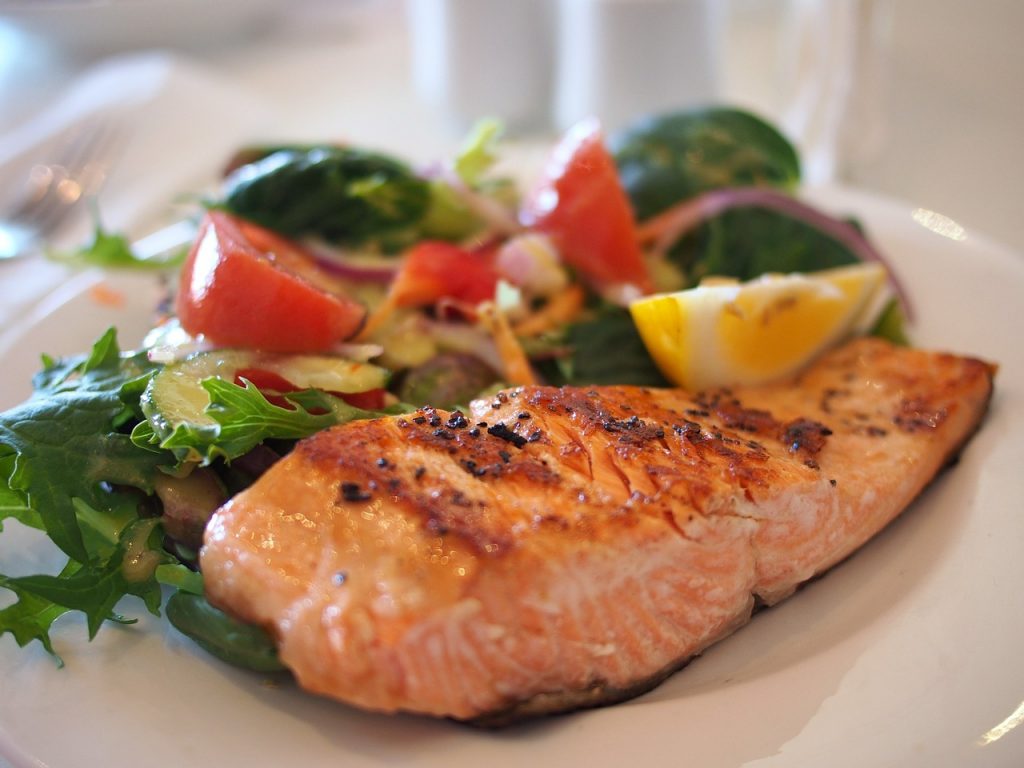 “We cook the salmon” doesn’t describe how it was cooked. It is basically just saying it is not raw.
“We bake the salmon” now describes that the salmon was cooked in an oven, but also gives the listener a picture in their head of salmon with some delicious crunchy bits on top. Same with “grilled salmon”. “Poached salmon” would give a more “wet” impression.

Many kitchen verbs can also be used as nouns (or even adjectives)! It can get confusing because of this. When the verb form is altered and it serves the same function as a noun in the sentence, it is called a gerund.

In the examples above, we are actually using the verbs as adjectives to describe “how” something was cooked. Let’s look at “to grill”. This verb basically means “to cook on a grill”, where “grill” is a noun (a grated utensil for broiling meat, fish, vegetables, etc., over a fire). The “grilled” in “grilled salmon” means it was cooked on a grill (noun). So you could say, “the grilled salmon (dish) is grilling (verb) on the grill (noun)” and it would make sense, however is quite an awkward sentence.

Below is a list of common verbs used in the kitchen. Some of the example sentences below are actually in “noun” or “adjective” form. Can you spot them?

Try it yourself! Complete the exercises below to practice some kitchen verbs.

I'm the creator of the 3A Hospitality English Program and Co-Founder of 3Aenglish.com. I lived and taught in China for a few years and am currently back in BC, Canada. Thanks for joining us here, I hope we can learn some cool new things together!

View all of James's posts.

Signup for news and special offers!